Recently I was introduced to Amy Driggers, founder and creative designer behind the exotic luxury bag line Taxidermy. After working for a few years after college and gaining knowledge of the business and a love for exotic skins, she decided to launch her own line.

Amy designed her first dream bag four or five years ago and went live with her website last April. She is so new on the scene that she was nervous about our interview, but quickly her nerves turned to authenticity as she spoke about her passion for fabulous design, quality and history. She is unpretentious, generous and so incredibly talented. With barely a year under her belt as a new line, Amy was the darling of Charleston Fashion Week this year. Her handbags were carried on many runways and photographed by style bloggers. She also designed custom python bolero jackets to compliment wedding dresses and formal gowns. When starting her line, Amy searched for the right purveyor of exotic skins, refusing to settle until she found the right fit. The quality of python is the most important element in the equation. After years of searching, she found a family-run factory in Indonesia. They grow their own python and have immense pride in their craft. They are involved from the very beginning—from raising the pythons to fabricating the incredible handbags. Amy connected with the family from the start because of their impeccable work, but quickly realized that working with them is a joy.

When I asked her about her process, she said she designs her bags as “timeless classics with a bit of an edge.” All of the bags feature her signature antler logo and are structured shapes that can stand the test of time. The handbags are named after strong women (including many family members) in Amy’s life who have influenced her along the way. The “Ashford,” for example, is named for her grandmother and sister, and is also her mother’s middle name. The name originated from her grandfather, Snowden Ashford, who was Washington, DC’s first municipal architect. He supervised or designed all city buildings between 1895 and 1921 including North Hall at the Eastern Market. Amy says that he was most proud of all of the public schools that were built under his leadership. I am truly swooning over Taxidermy’s incredibly stunning bags. The Antler box clutch is beautifully designed from the bottom to the top. All of the styles come in several color combinations and can be made to order. She also makes one of a kind Chuck Taylors that are featured in our “On the Cusp Style.”

Amy sells her gorgeous products in boutiques and on her website, shoptaxidermy.com. I was thrilled to carry a few of her pieces at recent events, and I can’t wait to see where she goes. Get her bags now, because her star is rising so fast that in a year we will say, “we knew her when…” 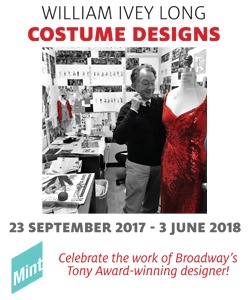 Are you trimming your roses correctly? 🌹⁠⠀

Last week we shared the story of how Peachy the Ma

Get ready for some major secret garden vibes in ne

This month Charlotte’s @sozogallery is featuring

There’s a lot to love about the modern Greenvill

In celebration of National Blueberry Day, try one