WRITTEN BY Nancy A. Palermo, MD

There is a lot of talk about Vitamin D deficiency and rightfully so. This deficiency affects more than half of all Americans and it may be linked to many medical conditions that include some cancers, heart disease, hypertension, depression, diabetes, fibromyalgia, bone loss, and even Multiple Sclerosis. It is believed that up to 70 percent of our children also are deficient.

In the past, health care providers had believed that Vitamin D was essential to the maintenance of healthy bones and teeth. Many current studies, however, have shown that this vitamin may play many additional roles in how the body functions and how it fights illness. The recent evidence of Vitamin D’s non-skeletal benefits has prompted increased interest.

Read the full post to learn more about Vitamin D Deficiency and  the recommendations to achieve the proper levels!

WHAT IS VITAMIN D?

Vitamin D is not a vitamin but rather a hormone that is produced when the skin is exposed to ultraviolet B radiation. More than 80 percent of the Vitamin D we receive comes from sun exposure. The rise in deficiency rates is believed to be associated with the reduction of outdoor exposure and the increased use of sunscreens. Vitamin D is available in food sources such as fatty fish (salmon and mackerel) but to get sufficient amounts of the vitamin you must eat these foods daily.

We are just beginning to understand the impact of Vitamin D on the body. The vitamin has a significant impact on cellular growth and is responsible for controlling cellular differentiation. When growth and differentiation are not controlled cells can evolve into a precancerous state. This explains the role of the vitamin deficiency in cancers of the breast, prostate, colon and ovary. Consuming Vitamin D supplements, alone or in combination with calcium and magnesium, has been associated with a decrease in these cancers.

A study from Georgetown University Medical Center, presented at the American Association of Cancer Research, showed that an increased in the doses of the vitamin in breast cancer patients was associated with a 75 percent reduction in cancer growth and a 50 percent reduction in tumor cases. These findings are early but they are encouraging for the supportive role this vitamin plays at the cellular level. Vitamin D deficiency can contribute to bone loss related to decreased Vitamin D-mediated calcium absorption in the intestines. The decrease can lead to de-mineralization of bone and increase fracture rates. Low vitamin D levels can also be associated with many musculoskeletal symptoms that include bone pain, joint pain, muscle aches and weakness.

A study in The Endocrinology Practice Journal showed that patients with a number of physiological symptoms of fibromyalgia, including myalgias and muscle weakness, showed that their symptoms improved when they were given Vitamin D supplements.

Psoriasis, an autoimmune skin condition that was previously treated with steroids, cyclosporine and Accutane, has shown great response to treatment with topical D3 ointment. This therapy is safer and more tolerated when compared to traditional treatments.

Vitamin D deficiency has been implicated in the development of high blood pressure and heart disease. In a study conducted at Harvard University showed that nurses with low Vitamin D levels had a 67 percent increase in the risk of developing hypertension. A study from Finland has shown that Vitamin D supplements can reduce the risk by 80 percent that children will develop diabetes 30 years later.

On-going studies have linked Vitamin D deficiency to schizophrenia and depression and prenatal research has shown supplementation in pregnancy and early childhood may improve brain development in that infant. In older patients, Vitamin D supplements were associated with improved cognitive testing performance. Much more research is needed but these initial results are promising.

As more and more studies surface about the benefits of taking Vitamin D it would seem that testing for a deficiency would be forthcoming. Yet, unfortunately, patients are not being routinely tested and most aren’t being counseled on the correct amount of Vitamin D to take. This supplement is safe and may have the potential to prevent some chronic conditions. Prevention of disease is always preferred to treatment.

The following recommendations will serve as a basis to achieve the proper levels of vitamin D:

• Request a measurement of total 25(OH) D level (total serum 25 hydroxyvitamin D). Normal ranges are considered to be 10–55 ng/ml. Some believe optimal levels are in the range of 40–80 ng/ml.

• Vitamin D supplementation is very safe and relatively inexpensive. There are two forms of Vitamin D but it is important to take the D3 formulation because it is more bioavailable and has a longer half life so it circulates through the body longer. The recommended dosage for maintenance is 2000–3000 units per day. Higher doses should be prescribed by a physician.

• It can take 6 months to a year to correct a deficiency of Vitamin D. 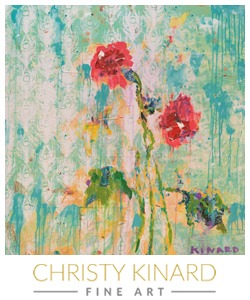