The Lyle Owerko exhibit, which is free, will run from September 17 through October 19 and is the museum’s first public use of raw 15,000-square-foot expansion space on Level 5, opposite the Mattye and Marc Silverman Grand Room. This pioneering pilot program will be the first of many future uses for this space that will provide special opportunities for artists, entrepreneurial projects and community engagement.

The exhibition features approximately 15 photographs from Owerko’s iconic series devoted to boomboxes of the 1970s and 1980s. In the time before Spotify, iPods, MP3s, and even the Sony Walkman, politics and identity were deeply woven into one’s choice of music. Punk, rap, hip-hop, and New Wave movements were gaining momentum, and music was giving a new voice and strength to people on society’s periphery. In the 1970s and early 1980s, some would blow through a paycheck’s worth of batteries to share their music with the world. Music mattered. The boombox was their muse and their messenger, and The Boombox Project memorializes this exciting time in America’s cultural history.

Lyle Owerko has been collecting and documenting boomboxes since he first discovered a mint condition late 1970s Victor JVC in Japan in 2001. Painstakingly photographing the boomboxes with his large-format Hasselblad camera, Owerko is able to bring out the most stunningly intricate details and personality of each machine.

Owerko is a photographer, filmmaker and modern day cultural anthropologist. His work has been featured on the cover of Time magazine as well as The New York Times, Communication Arts, The Village Voice, Blackbook, and New York Magazine. Owerko has exhibited his work throughout America, and it is part of the permanent collection of The Victoria & Albert Museum in London. He has been named a Hasselblad Master and has won awards from the New York Art Directors Club, the National Press Photographers Association and American Photography.

SOCO Gallery, opening in 2015, aims to become Charlotte’s home for emerging and established photographers. Founded by Chandra Johnson, the gallery will focus on innovations in the photographic medium, as well as providing a platform for art education and community outreach. The organizers exhibited Jimmie Johnson: On The Road in October 2012.

For more information about Lyle Owerko at The Mint Museum, please visit www.popthatboombox.com. For more about SOCO Gallery, contact hellosocogallery@gmail.com. 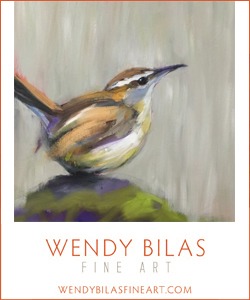