This “garden room” belongs to a home in the historic downtown district of Charleston, SC. The room served as the carriage house’s original kitchen, and vestiges of those humble beginnings (like the exposed brick wall and the perfectly imperfect beams) still show. Although the room is no longer a kitchen, knowing it once was made me want to turn this into a “heart of the home” casual gathering space, just as our kitchens are today. The room also has a three-sided niche with huge windows that look out on the garden and make you feel as though you’re actually sitting in the garden, hence “the garden room” moniker. I can’t think of anything dreamier than taking a nap in the sun and the air conditioning, so that niche had to have a daybed!

Because I wanted a garden-inspired color palette, I chose shades of brown, from camel to chocolate; a rich, grassy green; and the prettiest blooming pale pinks and fuchsias. I typically consider myself fairly restrained in my use of color, but this room embraces bold moments—just like a garden does. The hand-printed drapery and pillow fabrics are from Block & Brayer, a small textile company in Texas. Green lacquer lampshades top the Bunny Williams brushstroke lamps in brown and white.

The pink sofa is Sunbrella, which will withstand plenty of sunshine and the rigors of everyday life. I also adore texture, and this room is evidence of that with the soft, nubby chenille, the natural linen, and the softest velvet, combined with the room’s paneling, exposed brick, and original beams. All of those textures together in one space make for an unexpected but fascinating mix.

A graduate of the University of Virginia School of Law, Traci’s path to interior design was not a conventional one. She held positions with the 11th Circuit Court of Appeals and as a management consultant with McKinsey & Company. After designing her family’s home, Traci realized that her creative drive paired well with her innate analytical and problem-solving skills. She founded Traci Zeller Interiors shortly thereafter.

Her work has been featured in national design publications such as Traditional Home, Better Homes & Gardens, Southern Home, Cottages & Bungalows, and Southern Cottage, and on the cover of publications such as Southern Style, Charlotte Home + Garden, SouthPark Magazine, Lake Norman Magazine, and Charlotte Home Design and Décor. Traci is a member of the Design Leadership Network. She has won numerous awards with ASID and thrice been named one of Charlotte’s most stylish people. 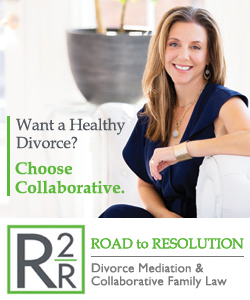